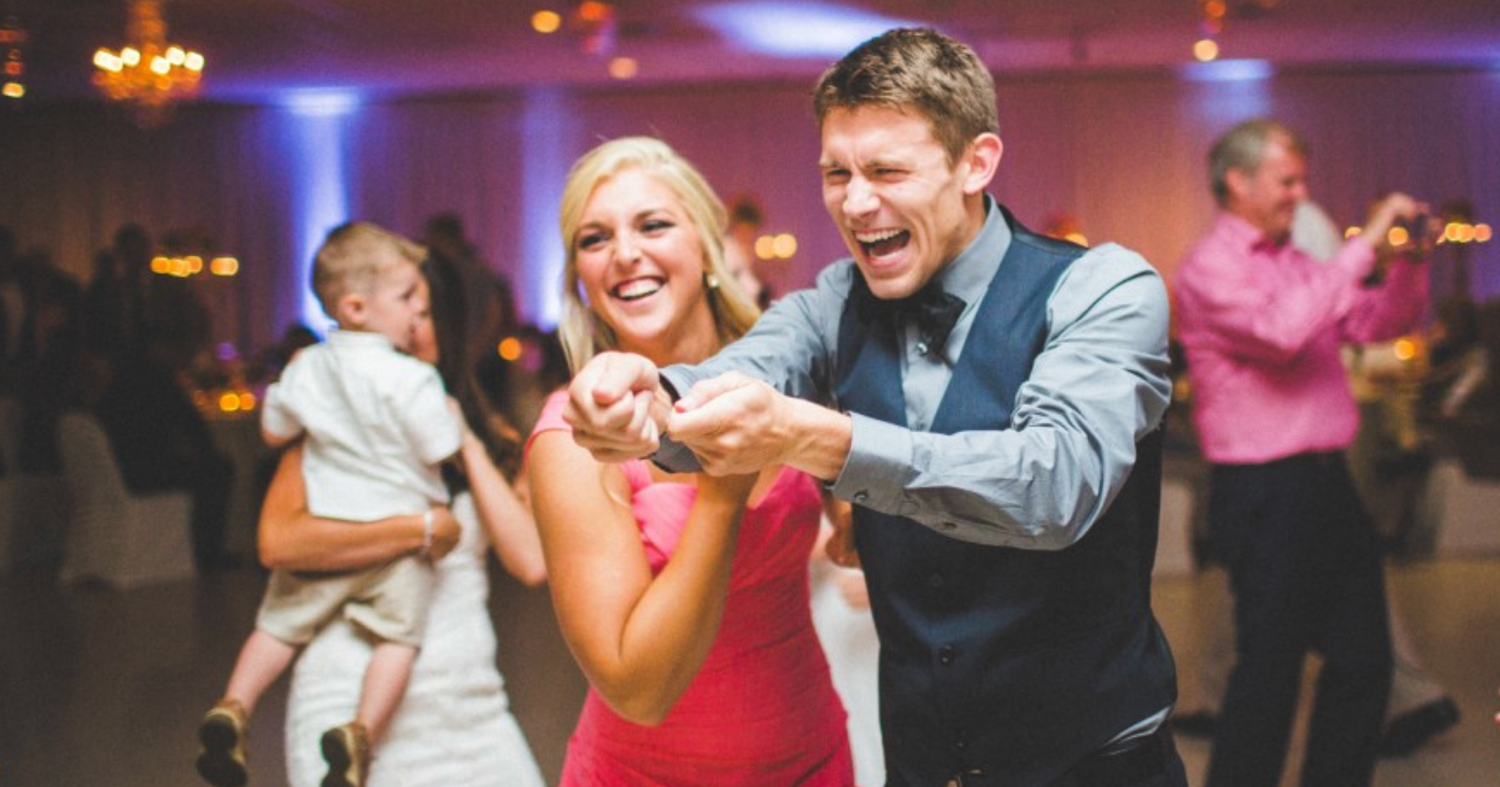 What Our Brides, Event Planners and Fans Say

We have followed this band for years! They are great! Always a good time and great dance music!
Kimberly R. April 11, 2016

Friendly, fun band. They played at my wedding and everyone loved them. All kinds of music and they were so accommodating
Cadawson14 April 11, 2016

if you like good music, comedy drummer, great voices, and watch this big guy dance, you need to come see the best band in indy….big jeff
Jeff G. April 12, 2016

Taste like chicken brings such an amazing amount of energy to your special occasion. They are fun, professional and they are always my #1 pick when asked who I would recommend!
Michelle Hardcastle April 9, 2016

They always get the crowd rockin’. And even non-dancers will be gyrating in their chairs.
Don C. April 9, 2016

They have the talent to get EVERYONE on their feet dancing
tarapierson April 6, 2016

They are truly amazing… Best band around.
PamelaHudson  April 6, 2016

They do an absolutely fantastic job. We see them every time they play freedom fest. They set the mood!
Liz C. April 5, 2016

They play music that we all love to hear. There is music from different era’s and genre’s. They are a very talented group of musicians.
Jan P. April 4, 2016

This band is the best around! I have booked them for events for years, and was lucky enough to book them for my wedding last summer. My guests loved them as much as I do. They rocked it all night! This is a must see band!
amyfireside April 4, 2016

Greatest band I’ve heard in years. My son and his wife who own Matheson Heating and Air introduced me to this band. We have been enjoying them together for 10 years!
William M. April 3, 2016

Awesome!! I can’t stop dancing when they start playing! My family and I have enjoyed them for over ten years. We fall down dancing for them! Then get back up to dance some MORE!! Everyone one of them are great musicians and singers. Woo Hoo!!
Catherine M. April 3, 2016

“chicken” is the foremost performance band, that is outstanding in each individuals contribution collectively. Great singers and musicians in a well-oiled and balanced machine that will keep yours toes tapping and your body movin’.
Tommylee B. April 3, 2016

We have followed this band for over 10 years! This is THE BEST band ever! Love the band members as well! I would highly recommend them to anyone for any occasion!
s_rogina April 3, 2016

Great band, love their upbeat sound. Be ready to kick off your shoes and dance the night away!
Gina S. April 2, 2016

Songs for all ages — oldies, top hits, and all the classics, too — FAB SINGERS — will have all of your guests dancing the entire night, and begging for more when it’s all over!
Mark A. March 28, 2016